First Football Match of the Season by Rio E 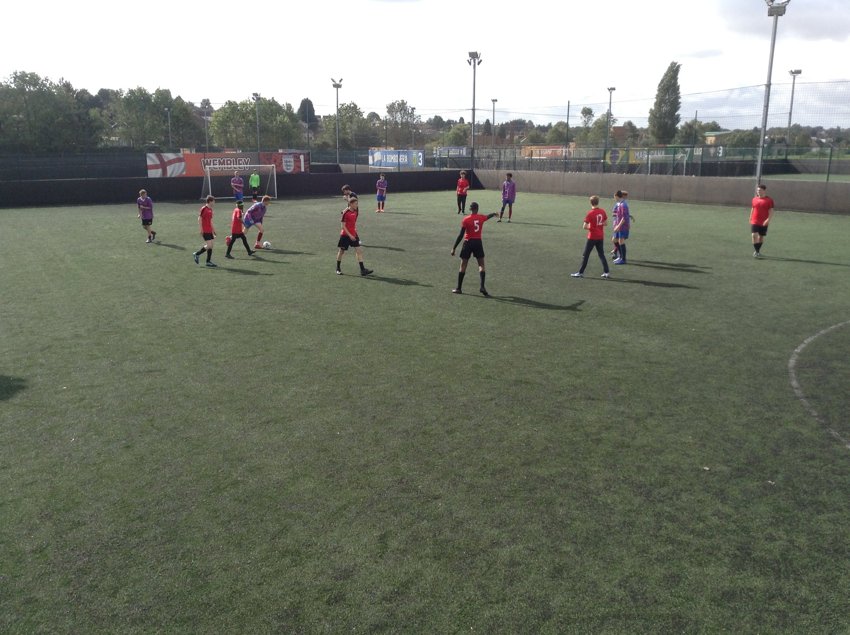 On Thursday 26th September 2019, The Brades Lodge played a school called Keyham Lodge in Leicester for the first away fixture of the season.

The day didn’t start as we wished, we came to school at normal time, waiting anxiously for the school minibus to arrive from Shenstone. We were supposed to be at the game for 10:30 but we didn’t actually leave school until 10:30. We had to travel in our teachers’ cars because the minibus was taking too long.

When we eventually reached Leicester, we tried spotting the King Power Stadium, as we turned the corner it was HUGE! We came onto the car park at Goals where the other team had already warmed up, we got onto the pitch with 2/3 minutes to warm up. When I received the captain’s armband I felt honoured to represent the school at a football match.

Within 5 minutes we unfortunately found ourselves 1-0 down, it had been an even game until they scored, but we didn’t give up. We went on to score a brilliant team goal. Rio E got an assist as Rehquarne scored an outstanding goal.

Rio E had worked very hard to get the ball off the Keyham Lodge defender as he was trying to shield the ball into the corner. Rio closed it down to put the defender under pressure. Rio was very determined to get the ball, and after great determination he got the ball of the defender, made a brilliant pass to Rehquarne Barnett who finished with great composure into the bottom left corner of the goal. We now had belief that we could go on to win the game.

In the second half, we started as we meant to go on, we started very strongly testing their goalkeeper really early on who made some outstanding saves. It wasn’t long until we committed too many players forward from the defence, they hit us on the counter attack and scored a very good team goal.

A few minutes had gone past, we were desperately trying to get an equaliser, every time we had a shot they blocked it from going in. The game was beginning to get very frustrating.

Andre M had pushed forward to try and help our attack have more options up the pitch. It wasn’t long until Jack B-H made a brilliant save to deny Keyham Lodge scoring a third goal and potentially run away with the game.

We were very, very tired, we had worked tremendously hard, we had passion, we still had belief that we could go on and get something out of this game.

There were 10 minutes remaining and we were trying really hard to score, It wasn’t until Andre M rolled the ball past the Keyham Lodge goalkeeper with his right foot (which nobody knew he had) into the bottom left corner. We were filled with joy; all our hard work had paid off.

The ball was back on the centre spot, ready for the game to restart. Keyham Lodge were flooding forward like the River Thames. They were playing some brilliant football. Our defence were trying so hard despite being so, so tired.

After some nice football from Keyham Lodge, they found a gap in our defence and scored. We were gutted! We knew we hadn’t come all this way to suddenly give up. As the ball was placed on the centre spot, we were ready to go again. We knew we didn’t have much time, so we pushed up, but despite our best efforts Keyham Lodge went on to score another goal just before the full-time whistle to make it 4-2.

We were all very disappointed with the result, but at least we tried!